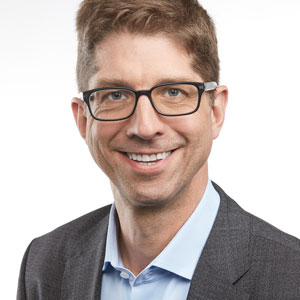 Montréal, January 23, 2018 – François Olivier, President and Chief Executive Officer of TC Transcontinental, is proud to announce the appointment of Pierre Marcoux as President of the Media Sector. TC Media is a leader in its specialty media segments in Canada, with flagships brands for the business, finance and construction sectors, including an event planning component. TC Media is also positioned as the largest publisher of French-language educational resources in the country. As part of its transformation, TC Transcontinental has refocused its Media Sector activities on these key segments, identified as having the most potential for growth and development.

As the Corporation pursues its strategic shift, ensuring a strong leadership at the helm of TC Media is crucial. Pierre Marcoux, a highly seasoned executive, has the ability to carry out the sector's business strategy with rigour and vision, in concert with his management team and the talented employees under his direction. His objectives will entail, namely, further developing the sector's specialty product and service offering; growing market share in educational book publishing; and evaluating targeted acquisition opportunities. This mandate is well aligned with his skills, his in-depth understanding of media and his commitment to the family business where he has been working for over 15 years.

"I am especially proud to appoint Pierre Marcoux as President of TC Media," said François Olivier, President and Chief Executive Officer of TC Transcontinental. "We have full confidence in Pierre as he assumes his mandate of executing the Media Sector's business development strategy in order to always better meet the needs of our customers and audiences. He has successfully climbed the ranks to be entrusted with this key role of responsibility, combining his talent as a senior-level manager, his inherent business sense, as well as his profound knowledge of publishing, journalism and multiplatform content. On behalf of TC Transcontinental and in my own name, I would like to congratulate Pierre on this appointment and wish him much success in his new role."

Pierre Marcoux holds a bachelor's degree from Université de Sherbrooke and a Master's in Media Management from Northwestern University. He also completed various training programs at Kellogg School of Management and Harvard Business School. As part of his community involvement, he supports organizations such as the Montreal Neurological Institute and Hospital, On the Tip of the Toes Foundation and Centraide of Greater Montreal, and also serves as governor of the Fondation de recherche en administration (administration research foundation) of Université de Sherbrooke.

Note: Local and regional media in Québec and Ontario are managed as a separate entity in light of the ongoing sale process.

About TC Transcontinental
TC Transcontinental is Canada's largest printer and a key supplier of flexible packaging in North America. The Corporation is also a leader in its specialty media segments. TC Transcontinental's mission is to create products and services that allow businesses to attract, reach and retain their target customers.

Respect, teamwork, performance and innovation are strong values held by the Corporation and its employees. The Corporation's commitment to its stakeholders is to pursue its business activities in a responsible manner.

Transcontinental Inc. (TSX: TCL.A TCL.B), known as TC Transcontinental, has close to 6,500 employees in Canada and the United States, and revenues of C$2.0 billion in 2017. Website www.tc.tc