Alain Tascan Appointed to the Board of Directors of Transcontinental Inc.

Montreal, September 11, 2012 – Transcontinental Inc. (TSX: TCL.A  TCL.B  TCL.PR.D) today announced the appointment of Alain Tascan to its Board of Directors. Mr. Tascan is President and Chief Executive Officer of Sava Transmedia, a publisher and developer of social gaming online and on mobile platforms. Mr. Tascan worked from 1994-2002 in Paris, New York and Montreal for Ubisoft, one of the largest gaming studios in the world. He was also co-founder of Ubi Montreal and Production VP for Ubisoft Montreal. In addition, he founded and from 2003-2011 managed Electronic Arts (EA) Montréal, as a subsidiary of that internationally recognized corporation. 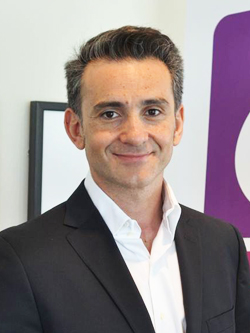 "Our board of directors voted unanimously to approve Alain Tascan's appointment" said Isabelle Marcoux, Chair of the Board of Transcontinental Inc. "We are very proud and delighted to welcome Mr. Tascan. His expertise in interactive platforms and his high-level strategic background complement the skills and knowledge of our existing board members, and together we will bring vision to achieving the Board's objectives, to the benefit of our shareholders."

Previously Mr. Tascan worked in France, where he was born and raised. He held executive positions in the media industry at companies including Radio France International and Telerama. He has a Masters in Economics from the University of Nice-Sophia Antipolis and a post graduate degree in cultural management from the Institut Supérieur de Management Culturel de Paris. Mr. Tascan is a board member of the Quebec Employers Council.

TC Transcontinental creates marketing products and services that allow businesses to attract, reach and retain their target customers. The Corporation is the largest printer in Canada and the fourth-largest in North America. As the leading publisher of consumer magazines and French-language educational resources, and of community newspapers in Quebec and the Atlantic provinces, it is also one of Canada's major media groups. TC Transcontinental is also the leading door-to-door distributor of advertising material in Canada through its Publisac network in Quebec and Targeo in the rest of Canada. Thanks to a wide digital network of more than 3,500 websites, the Corporation reaches over 18.7 million unique visitors per month in Canada. TC Transcontinental also offers interactive marketing products and services that use new communication platforms supported by marketing strategy and planning services, database analytics, premedia, e-flyers, email marketing, custom communications and mobile solutions.

Transcontinental Inc. (TSX: TCL.A, TCL.B, TCL.PR.D), known by the brands TC Transcontinental, TC Media and TC Transcontinental Printing, has approximately 10,000 employees in Canada and the United States, and reported revenues of C$2.0 billion in 2011. For more information about the corporation, please visit www.tc.tc.