Montreal, November 23, 2016 – Transcontinental Inc. (TSX: TCL.A TCL.B) is proud to highlight that Ms. Isabelle Marcoux, Chair of its Board of Directors, has received the prestigious recognition of being named one of Canada's 100 most powerful women in 2016 by the Women's Executive Network (WXN) for the third time in her career. This year, Ms. Marcoux is being recognized in the "Accenture Corporate Directors" category, which acknowledges women who serve on the board of directors of a Canadian or international company. She was honoured by WXN in the "Corporate Executives" category in 2010 and 2012. 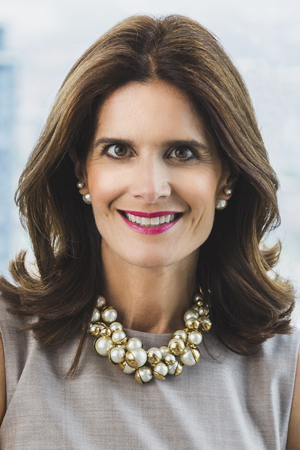 Launched in 2003, the Women's Executive Network's (WXN) Canada's Most Powerful Women: Top 100 Awards shine the spotlight on the exceptional achievements of women executives who have distinguished themselves in the public, private and non-profit sectors, and honour their organizations and networks. This year's award recognizes Ms. Marcoux's proven leadership as Chair of the Board of Directors of Transcontinental Inc. as well as her remarkable contribution to the sound governance of the boards of George Weston Limited, Rogers Communications Inc., Power Corporation of Canada and the Montreal Children's Hospital Foundation. Her deep commitment to philanthropy and strong leadership with respect to diversity were also among the factors which led to her nomination.

"It is a great honour for me to join the list of Canada's 100 most powerful women once again in 2016," said Isabelle Marcoux, Chair of the Board of Directors of Transcontinental Inc. "I'm very proud to share this recognition with all the women who work at TC Transcontinental and who inspire me by continuously aiming for excellence. This honour also reflects on all my colleagues of the boards on which I serve as they drive me to aim higher in creating long-term value through quality governance. Finally, this distinction bestowed by the Women's Executive Network is all the more meaningful to me because it underscores the importance I assign to gender diversity and the advancement of women in strategic roles and on the Board of Directors at TC Transcontinental. As such, I applaud WXN's efforts towards the growth of Canadian women."

Ms. Sherri Stevens, owner and CEO of WXN, added: "Women are not just leading companies, headlines and new deals, we're doing so in record numbers. In addition to closing the gender gap for participation in post-secondary education and the workforce, we're excelling at the top levels of every sector. When WXN created Canada's Most Powerful Women: Top 100 Awards, part of the purpose was celebration. By recognizing a community of now 939 remarkable women, we get the opportunity to look back and appreciate the hard work and hurdle jumping it took to get here. I'd like to take this opportunity to sincerely congratulate Isabelle Marcoux on her third win, which speaks to her important contribution to female leadership in Canada."

Beyond her professional achievements, Ms. Marcoux is highly involved in the community. In 2016, she is co-chairing the Centraide of Greater Montreal fundraising campaign, among other things. Ms. Marcoux is engaged, both on a personal level and through TC Transcontinental, towards causes that are important to her, particularly those related to women, health and children. Isabelle Marcoux's full bio can be found here.

Transcontinental Inc. (TSX: TCL.A TCL.B), known as TC Transcontinental, has close to 8,000 employees in Canada and the United States, and revenues of C$2.0 billion in 2015.