Montréal, Canada, June 12, 2019 – Transcontinental Inc. (TSX: TCL.A TCL.B) announced today the appointment of Thomas Morin as President of TC Transcontinental Packaging effective July 1, 2019. Based in Chicago, in the United States, Mr. Morin will report to François Olivier, President and Chief Executive Officer of the Corporation, and he will be part of the Executive Management Committee. Since 2014, this position has been held by longstanding executive Brian Reid, who has been with the Corporation for over 25 years. Moving forward, Mr. Reid will dedicate his time exclusively to his role of President of TC Transcontinental Printing, Canada’s largest printer, a position he has held for more than 10 years. 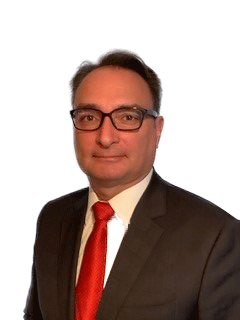 As President of TC Transcontinental Packaging, Mr. Morin will have full profit and loss (P&L) responsibility and provide strategic and thought leadership to the sector’s operations and plants around the world. He will be in charge of establishing long-term goals and strategies as well as executing business plans, aiming for further efficiency and profit maximization. In support of the Corporation’s vision, Mr. Morin will be responsible for overseeing the expansion of the Packaging business in all its markets through organic sales growth and acquisitions, as well as managing investments by ensuring that proposed capital expenditures are in line with the strategy.

“We are very pleased to welcome Thomas Morin as President of TC Transcontinental Packaging at a time where our company has already established itself as a North American leader in flexible packaging after only five years in this space,” said François Olivier, President and Chief Executive Officer of TC Transcontinental. Mr. Morin has a solid track record developing, implementing, harmonizing and managing merging businesses, overseeing complex manufacturing operations with multiple sites in different geographic locations. As we are poised to continue expanding our packaging business, Mr. Morin’s extensive knowledge of the packaging industry and leadership will be key assets for our organization.”

As for Mr. Reid, he has played a critical role overseeing the Packaging Sector throughout its accelerated growth while ensuring that TC Transcontinental Printing remained the leader in an ever-evolving industry. Over the next few weeks, he will ensure a seamless transition. Mr. Reid will act as President of TC Transcontinental Printing full time, a role he has successfully held since 2008. Under his leadership, the Printing Sector achieved several milestones, including the consolidation of the Canadian industry, notably through the major acquisition of the assets of Quad/Graphics Canada.

“We would like to thank Mr. Reid for his significant contribution in building TC Transcontinental Packaging’s platform and for developing high-performing and dedicated teams, positioning the sector for future success,” added François Olivier. “He has done an outstanding job instilling the TC Transcontinental culture in our Packaging operations. We look forward to continue benefitting from his strong operational and strategic abilities, now that he will focus exclusively on the Printing Sector. Mr. Reid will work alongside his seasoned team, including Jacques Grégoire, President of TC Transcontinental Printing – Québec, on pursuing growth opportunities in key verticals and improving profitability margins for the sector.”

Our public communications often contain oral or written forward-looking statements which are based on the expectations of management and inherently subject to a certain number of risks and uncertainties, known and unknown. By their very nature, forward-looking statements are derived from both general and specific assumptions. The Corporation cautions against undue reliance on such statements since actual results or events may differ materially from the expectations expressed or implied in them. Forward-looking statements may include observations concerning the Corporation's objectives, strategy, anticipated financial results and business outlook. The Corporation's future performance may also be affected by a number of factors, many of which are beyond the Corporation's will or control. These factors include, but are not limited to, the economic situation in the world, structural changes in the industries in which the Corporation operates, the exchange rate, availability of capital, raw materials costs, competition, the Corporation's capacity to generate organic growth in its Packaging Sector, the Corporation's capacity to engage in strategic transactions and effectively integrate acquisitions into its activities without affecting its growth and its profitability, while achieving the expected synergies, the political and social environment as well as regulatory and legislative changes, in particular with regard to the environment and sustainable development, the impact of digital product adoption on the demand for its printed products, change in consumption habits or loss of a major customer, the safety of its packaging products used in the food industry, innovation of its offering, the protection of its intellectual property rights, concentration of its sales in certain segments, cybersecurity and data protection, recruiting and retaining qualified personnel in certain geographic areas and industry sectors, taxation, interest rate and indebtedness level. The main risks, uncertainties and factors that could influence actual results are described in the Management's Discussion and Analysis (MD&A) for the year ended October 28, 2018 and in the latest Annual Information Form.

Unless otherwise indicated by the Corporation, forward-looking statements do not take into account the potential impact of non-recurring or other unusual items, nor of disposals, business combinations, mergers or acquisitions which may be announced after the date of June 12, 2019.

The forward-looking statements in this press release are made pursuant to the “safe harbour” provisions of applicable Canadian securities legislation.

The forward-looking statements in this release are based on current expectations and information available as at June 12, 2019. Such forward-looking information may also be found in other documents filed with Canadian securities regulators or in other communications. The Corporation's management disclaims any intention or obligation to update or revise these statements unless otherwise required by the securities authorities.